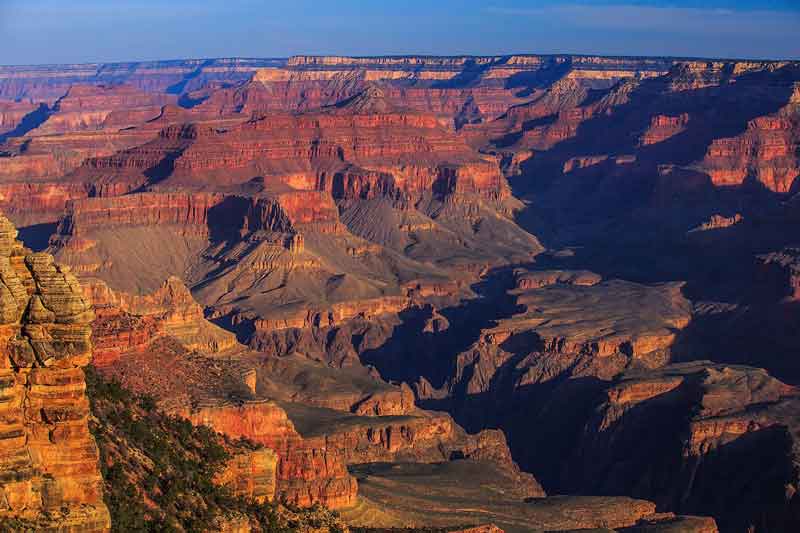 Grand Canyon is a steep and narrow valley that was formed due to the flow of the Colorado River in Arizona, USA. The formation of Grand Canyon about 5,000 years ago has exposed the geological history of 2 billion years. The colorful layers of the rock show the geological background of different time and the oldest exposed rock dates back to 1.8 billion years. The length of this canyon is about 446 km (277 miles) with an average depth of one mile.

Grand Canyon is one of the best natural places to visit in the United States. Most of the people usually go to the southern rim of Grand Canyon to enjoy and capture the most amazing views. 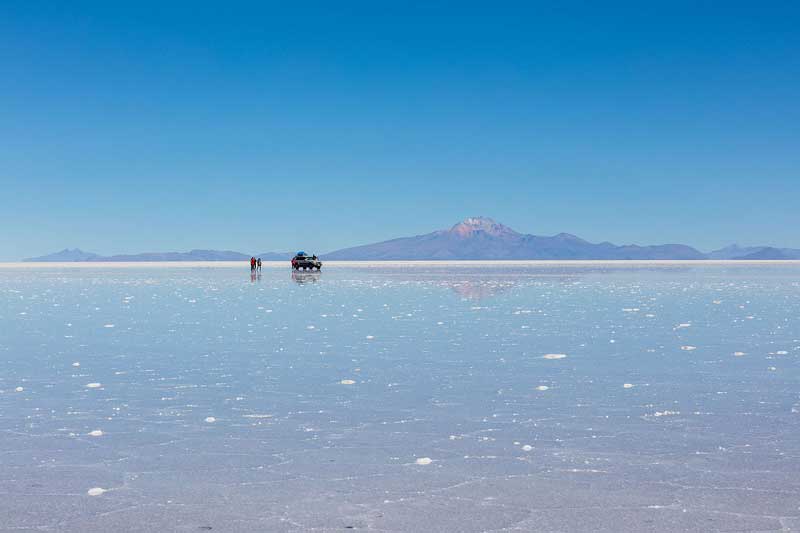 Bolivia has the world’s largest natural salt flat with the name of Salar de Uyuni. A salt flat, also called salt pan, is a flat ground which is covered with salt and many other minerals. These salt flats are mostly formed when water that carries along salt evaporate.

Salar de Uyuni covers more than 4,000 square miles of land. The salt flat has the thickness between 7 to 66 feet in most of the regions. Due to the high amount of salt and very flat surface the sun rays can become magnified in this region. People have to cover their eye with sunglasses to protect their eyes from harm. 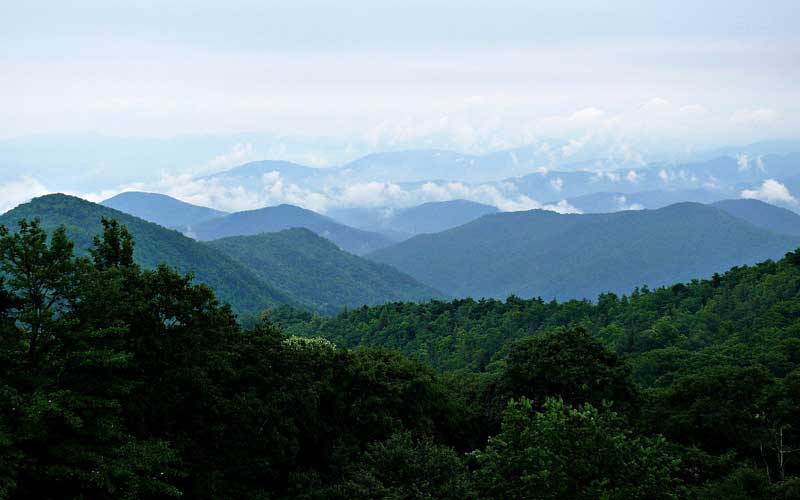 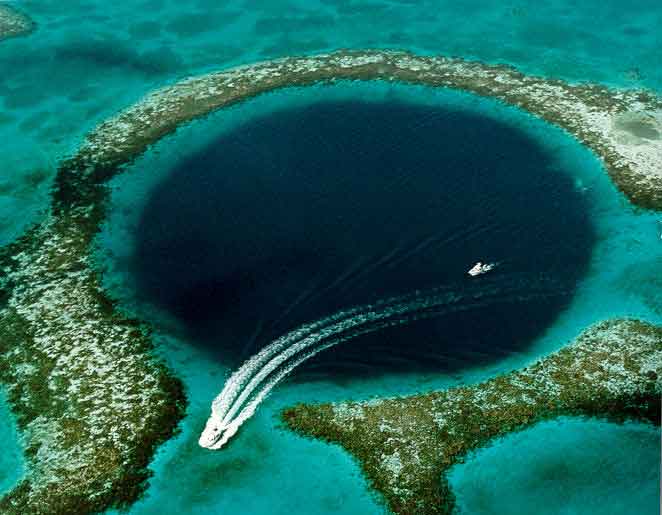 The Great Blue Hole of Belize is one of the most amazing places formed naturally. This hole is a large marine sinkhole which is very famous for scuba diving and is listed in top 5 scuba diving places of the world. It is 300 meters in the diameter with a depth of 125 meters and is circular shaped.

The Great Blue Hole began to take shape in an ice age around 150,000 years ago. It has been listed in World Heritage Sites by UNESCO. 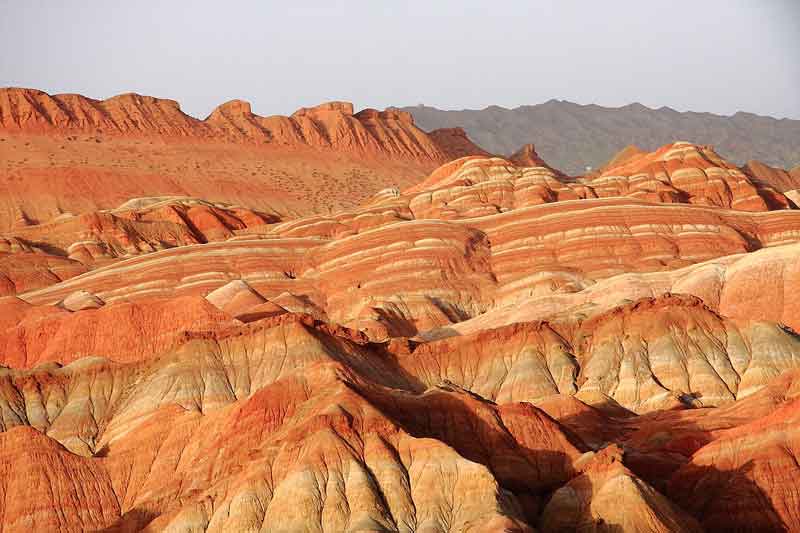 Zhangye National Geopark is very famous for its colorful mountainous land that covers an area of 322 square kilometers. It is located in the city of Zhangye in China and has been voted as one of the best Chinese landforms. Due to this reason, many roads and boardwalks have been constructed to ease the tourists to get access in this mountainous land.

There are many layers in the Zhangye National Geopark landform each with their own distinctive color. These colors represent the millions of years of geological history of the Earth. 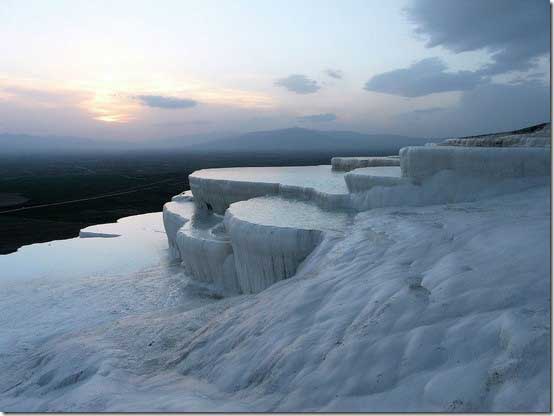 Pamukkale is a very famous natural place in Denizli, Turkey. It is famous due to the structures that are made by carbonate minerals that were carried and left by flowing water. This place has been attracting a large number of tourists from thousands of years ago, especially due to the presence of thermal pools.

The number of tourists in Pamukkale in the 20th century has grown so much that many of its structures got damaged. Many hotels and artificial constructions have been demolished in the mid-20th century to avoid further damage. Pamukkale has been added in the list World Heritage Sites by UNESCO in 1988. 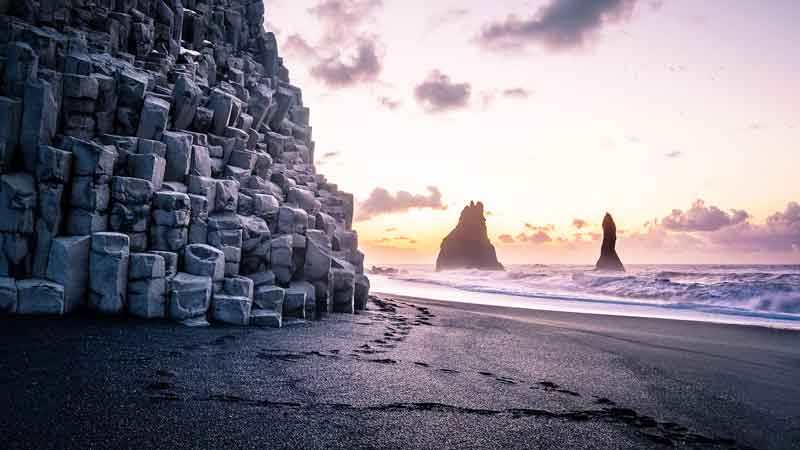 Reynisfjara Beach is one of the famous places in Iceland to visit. It looks very strange and sometimes tourists may feel it is the place from another world. It is because this beach is covered with basalt stone columns and its sand is black colored. Many of the times the sky gets full of lovely colorful northern lights. 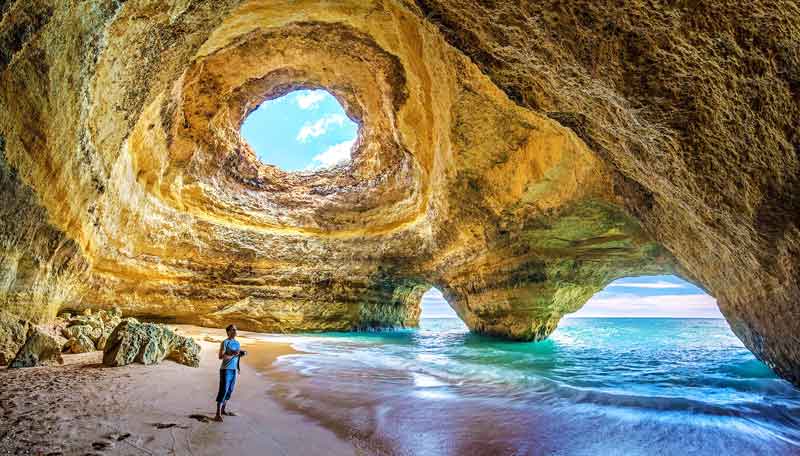 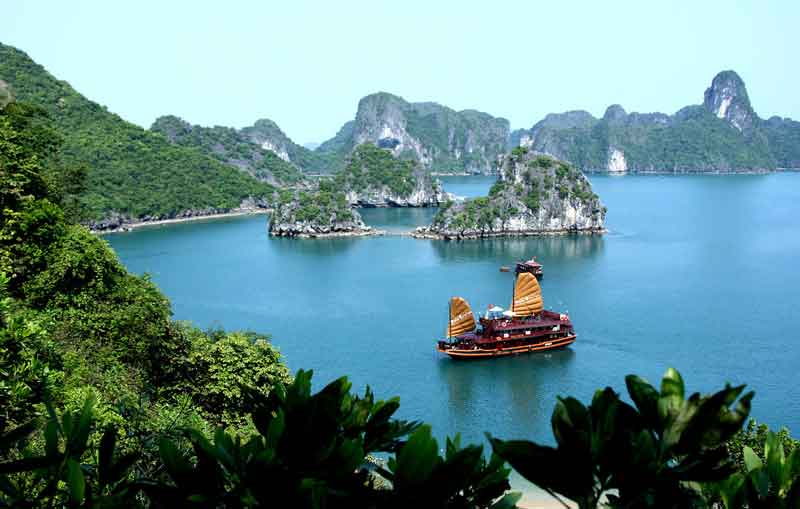 Ha Long Bay is the most beautiful natural site for tourists located in Quang Ninh Province of Vietnam. It takes an area of more than 1,500 square kilometers which includes around 2,000 islets. These islets are mostly made of limestone and are crowded with green trees which makes this place very beautiful. Many species of birds and fishes habitat in this area. This site has been added to the list of World Heritage Sites by UNESCO. 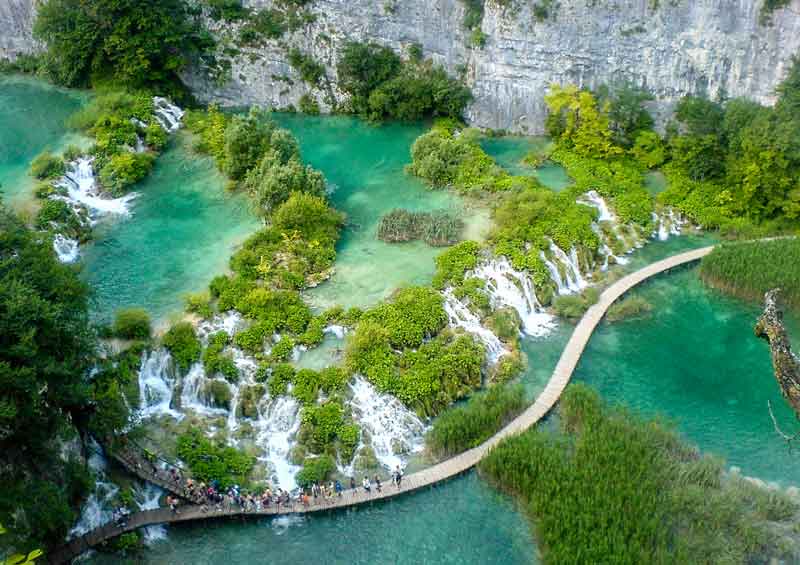 Plitvice Lakes National Park is one of the most amazing places on the Earth to visit. It is located in the Republic of Croatia and is the oldest national park of this country. This place has been included in the UNESCO World Heritage sites list in 1979.

One of the most amazing thing about this park is its varying altitudes between 1,280 meters and 280 meters. Which gives this park an advantage of many waterfalls that furnish the lakes. There are around 16 lakes in this park that are linked naturally and with man-made canals. The whole park is expanded in 300 square kilometers and contains many wild animals including birds, wolves, and bears.