Planet Earth is full of many wonderful and beautiful animals which many times becomes the headlines of the news. There are thousands of weird animals that many people think doesn’t exist! But, we have chosen the top 10 most weird animals that will amaze you. 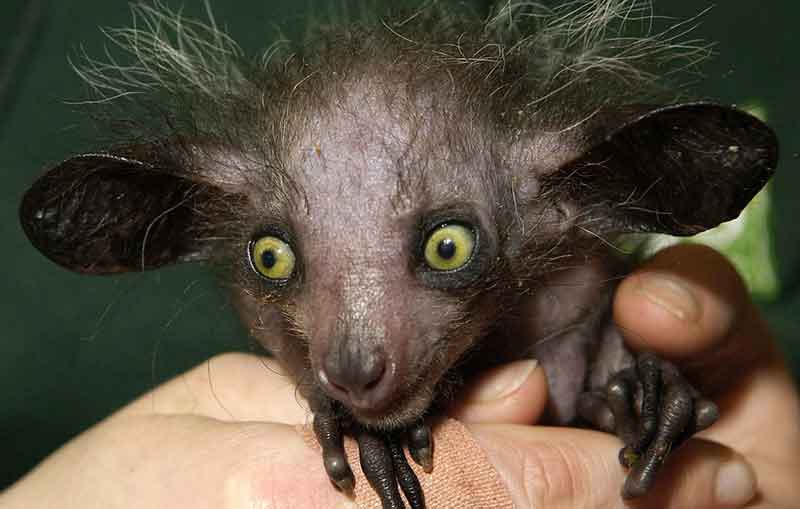 The aye-aye is the kind of animals that sleep in the day and become active in the night. It is a very sharp minded animal that can easily jump from tree to tree using its excellent night vision. Aye-aye also has echolocation capability – detecting with sound waves – for finding food on time in far places.

Aye-aye mostly eats insects, larvae, and eggs. Finding the insects that live inside the tree is very easy for them; they just tap their long-finger on the tree and listen to the echo. When the echo reaches back to their ear with changes in the pitch that means they have detected a hollow channel inside the tree. Then, with the help of their forward-slanting teeth, they make a small hole in the tree to reach that hollow channel. Once the hole is cleared they use their long finger – also called woodpecker fingers – to extract the juicy larvae for eating. 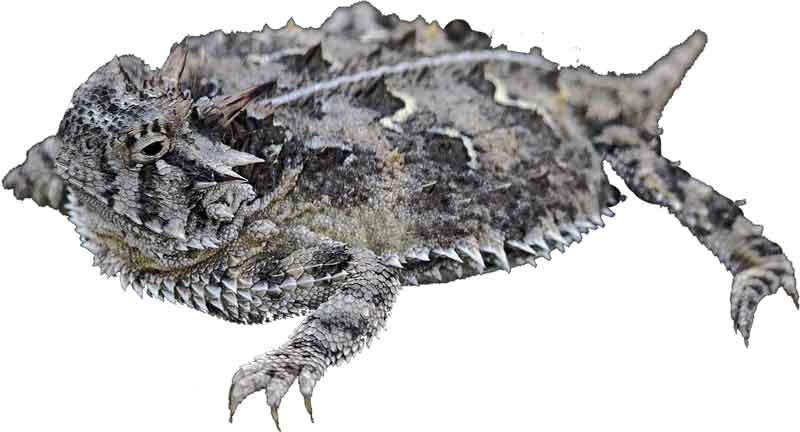 They also have a secret weapon which they deploy when their life is in danger and inflating the body doesn’t work. They rupture their capillaries near their eyes corner and guide the jet of blood with poison – that reaches 1.5 meters away – toward their predator. By doing so, they lost about one-third of their body’s blood in a single shot.

Meet with the octopus who resembles with the Disney’s Dumbo – a baby elephant. The ears that you can see on a dumbo octopus are actually their fins which they use to propel themselves in an ocean. Dumbo octopus belongs to “grimpoteuthis” genus and they mostly live in the depth of 3,000 to 4,000 meters. Some of these octopuses are even found at a depth of 7,000 meters where deep ocean living fishes themselves are rarely found.

Dumbo octopus have an average life span of 3 to 4 years and they can reach 12 inches in the length on average in their full lifespan. They mostly eat amphipods, polychaete worms, and some other crustaceans in their food. 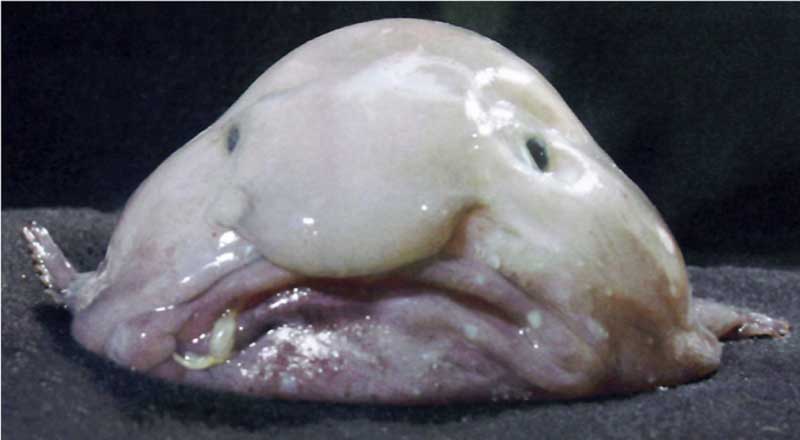 Blobfish is adapted to live in deep in an ocean at the depth of 800 meters. At this depth, the pressure becomes around 80 times more than the surface of the ocean. Most of the animals that live in such a depth prefer to walk instead of swimming because swimming at that depth requires more energy. Blobfish is actually a very lazy fish; it had evolved into jelly mass at the price of their muscles. The jelly mass of a blobfish is less dense than water, which gives it the advantage of moving above the floor without burning their energy.

Blobfish’s laziness is not limited to its swimming but it also doesn’t chase after its prey. Instead, it waits for the creatures that move slowly and swallows these creatures completely. One of the unusual behavior of female blobfish is that they sit on their eggs for protection. Unlike, other fishes that abandon their eggs after laying them. 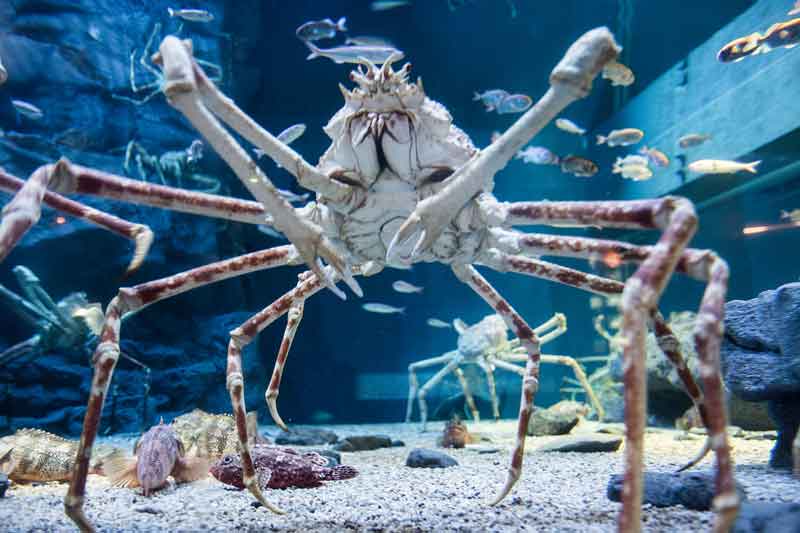 Japanese spider crab is well known for their long legs; they have the largest legs than any other arthropod. The largest leg span of these crabs is from one claw to another which is about 5.5 meters (18 feet). Despite such long legs, their body size is only 40 cm (16 inches) in width.

The total weight of this crab may reach 19 kilogram which makes it the 2nd heavy arthropod after the American lobster. They are mostly found near the water of Japanese Island Honshu, and that is the reason they are called Japanese! 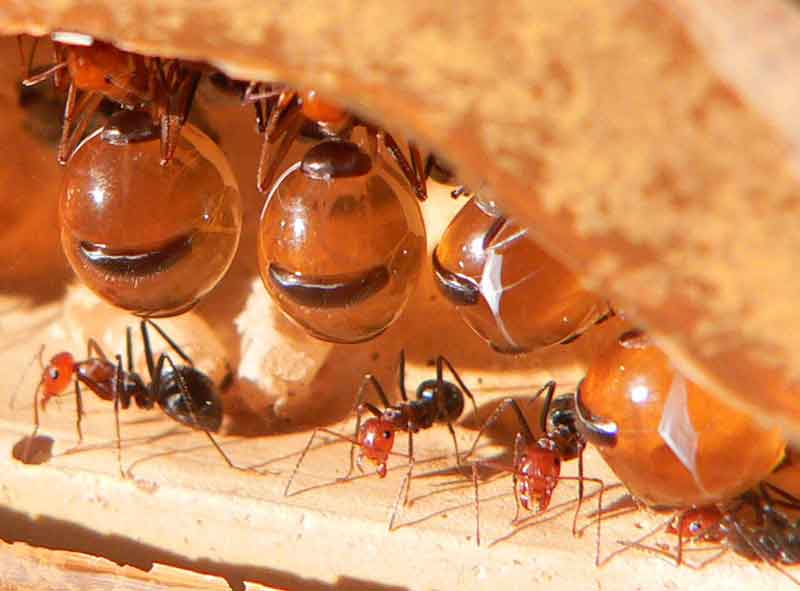 There is a strange genus of ants known as “myrmecocystus” that have specialized worker only for storing food inside their body – living stores of food. These workers are also called honeypot ants and they store food in their abdomen for future use.

Honeypot ants store the food as a sugary liquid in their abdomen and then cling to the ceiling for rest of their life. The reason is that when they store food their abdomen inflate many times which make it difficult for them to move. Another strange thing is that when they fall from the ceiling they are unable to climb back and are dismembered by the workers. The single colony of these ants can have more than 1,500 honeypot ants that store about 1 kilogram of sugary liquid together. 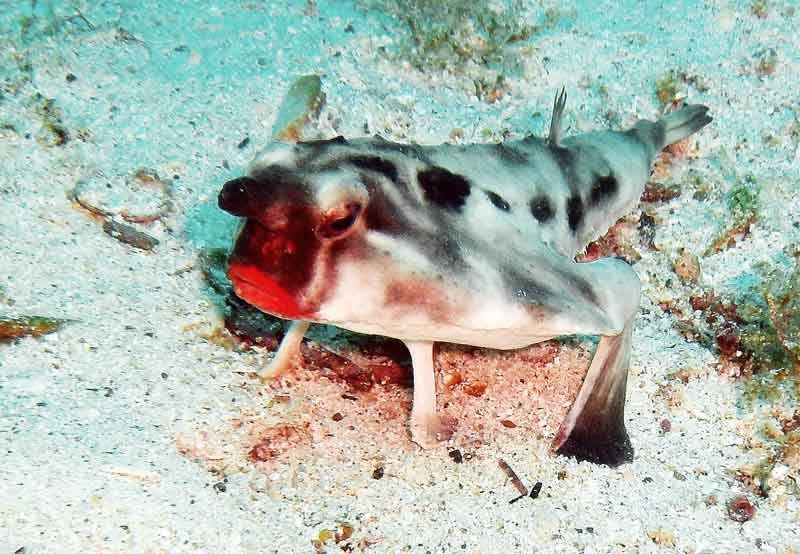 Red-lipped batfish are very amazing fishes due to their red lips. It has been found that their red lips function similar to a lipstick. Furthermore, the use of red lips also helps them to improve their recognition for finding the mate. 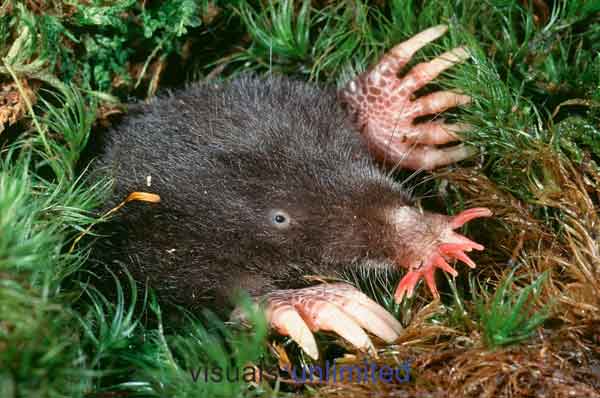 The title for the world’s fastest eating mammal goes to the star-nosed mole. It is so fast that, it takes only one-fifth of a second to identify if the object is edible or not. The reason for such a quick food identification is due to its nose which is covered with 22 tentacles. These tentacles have thousands of super-sensitive touch receptors that quickly sends the data to the brain. Furthermore, the star-nosed mole can also identify the larvae – its food – in total darkness and avoid the stones or empty shells. 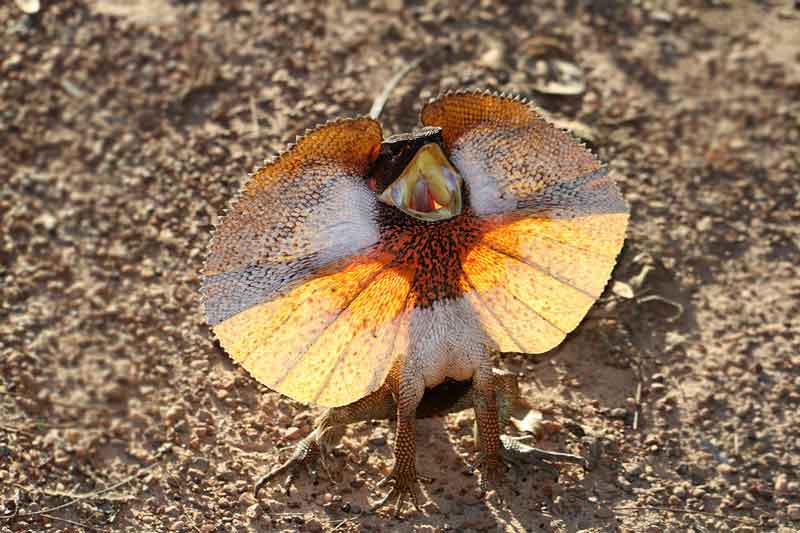 Frill-necked lizards are very colorful with the majority of dark orange or green color. They are equipped with cartilage spines fan which supports their wide flap skin. These spines are directly connected with the base of their tongue. When this lizard wants to spread its frill, it only gapes its mouth. It uses the frill for scaring predators to save its own life. 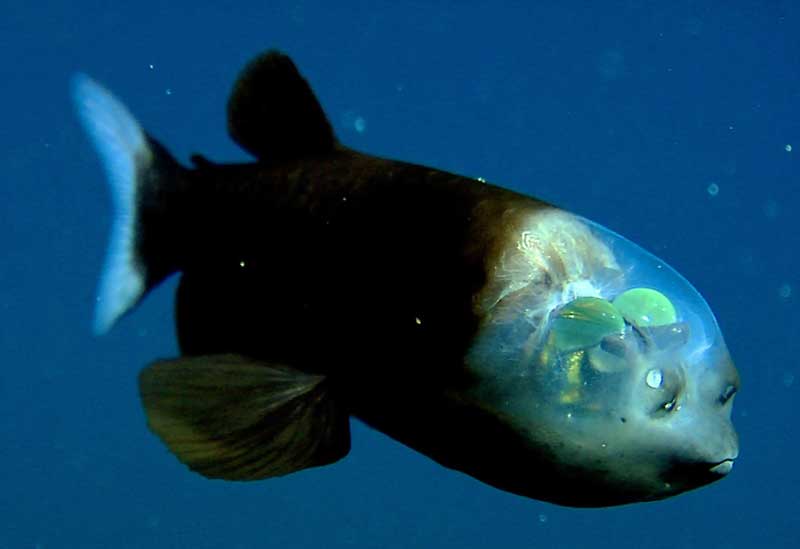 Macropinna microstoma is a species of fish that is known for its unusual transparent head that is filled with clear fluid. Don’t be mistaken with its eyes; they have eyes inside of their transparent head not in front and above their mouth. They usually stay motionless in the ocean at the depth 600 meters, and their eyes are directed upward most of the time to detect their prey and catch it.