Jupiter is one of the most mysterious planets in our solar system whose many aspects are still unknown, such as the composition of its core. Jupiter is the largest planet in our solar system which insisted many scientists to study it further after Galileo Galilei. We have selected the top 10 most amazing facts about this mighty planet that you may not know.

Jupiter – The Largest Planet In The Solar System 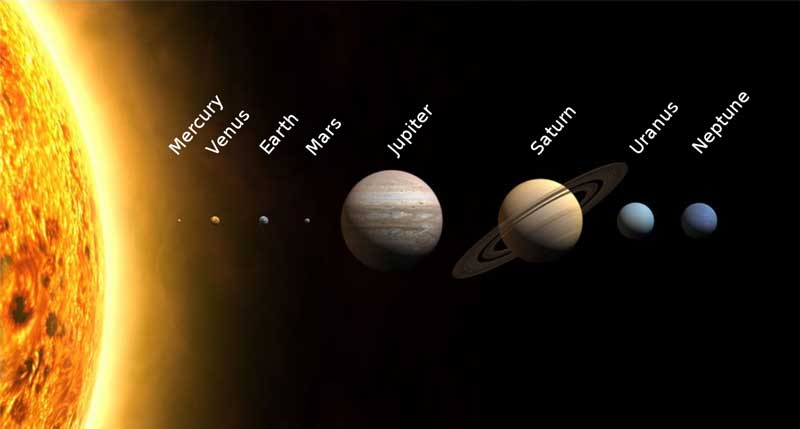 Jupiter is the 5th planet from the Sun and is the largest planet among all the 8 planets. At this huge size, Jupiter is also very massive and is 2.5 times heavier than all the planets together. Our Earth is like tiny marble as compared to Jupiter and is 318 times lighter than Jupiter.

The Great Red Spot of Jupiter 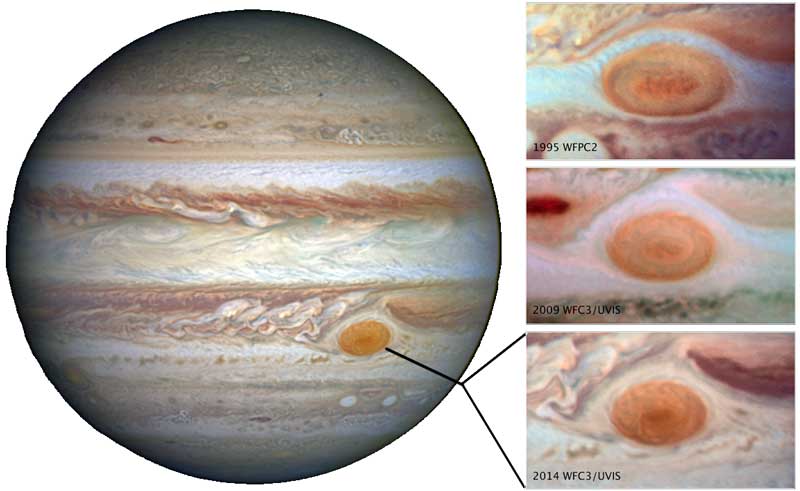 The outer layer of the Jupiter is covered with very beautifully colored clouds of gas and dust. The clouds move at very high speed due to intense storms. The thickness of clouds varies from one region to another but it averages at 50 Kilometers.

One of the most amazing features on Jupiter’s outer layer is the Great Red Spot. It is actually an anti-cyclonic storm that is to the south of Jupiter’s equator. The Great Red Spot is a very large storm on Jupiter and has a diameter of 24,000 kilometers. It was first discovered in 1665 and was larger in size at that time. Since then, its size has been reducing but it is still large enough that three Earth’s could easily fit inside it.

Jupiter Spins Faster Than All The Planets in The Solar System

Jupiter has a very fast spin rate among all the planets in our solar system. It spins at a speed of 50,000 kilometers per hour and it takes only 10 hours for the Jupiter to complete its one spin. On the other hand, our Earth takes 24 hours to complete its one spin. Since Jupiter is a gas giant, it’s spin rate varies from the equator to poles. The poles spin slightly slower than the equator and there is only a difference of 6 minutes. The fast spin rate of Jupiter makes its equator bulge outward and flattens its poles. 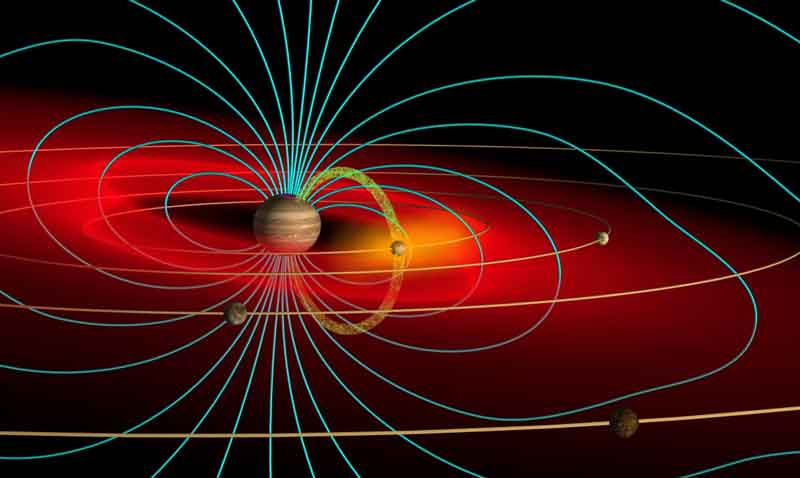 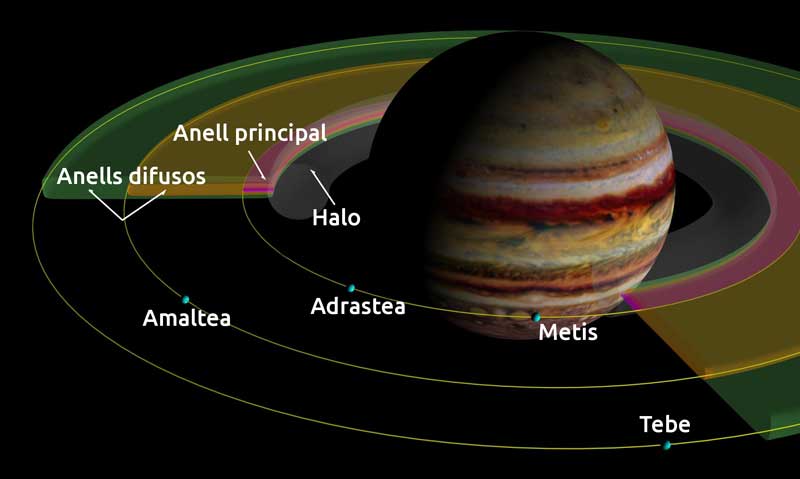 Most people think that there is only one planet, Saturn, which has rings around it. But when scientists in 1979 discovered from photographs of Voyager I that Jupiter also has rings around its equator, they were surprised! These rings so faint that, it is very difficult to observe them from telescopes on the Earth. The width of the main ring around the equator is around 6 kilometers and has a thickness of 30 kilometers.

The inner ring of Jupiter that looks like the cloud is around 20,000 kilometers thick and is called Halo. It also interacts with the magnetic field of Jupiter and is mostly composed of dark particles. The 3rd ring which is mostly transparent is actually composed of three rings. This ring is mostly composed of dust particles that are 10 micrometers in size. The reason behind the formation of rings around Saturn and Jupiter is the impact of asteroids and comets which broken into smaller particles as they entered in the orbits of Saturn and Jupiter.

According to Carnegie Institution for Science, there are 79 known moons of Jupiter after the discovery of a dozen new moons on 17 July 2018. This is a large number of moons but there are only 4 main moons which are also called Galilean moons; they are Ganymede, Europa, Io, and Callisto.

Ganymede is the largest moon of Jupiter and Titan is it’s the 2nd largest moon. Callisto is the 3rd largest moon and is the most cratered object in our solar system. Callisto has a diameter of 5,000 kilometers and is almost equal in size to planet Mercury.

The atmosphere of Jupiter mostly consists of hydrogen, helium, and traces of other gases. Hydrogen takes a large portion of the atmosphere and it accounts for 89% of the atmosphere and 10% helium gas. Due to the high amount of hydrogen – similar to the Sun – Jupiter had chances of being a star. But due to insufficient mass Jupiter couldn’t become a star. Jupiter needed about 80 times more mass to start a nuclear fusion reaction in its core for becoming a star.

Jupiter is completely made of gases in the majority and doesn’t have any solid surface on which a spacecraft can land. But scientists doubt that maybe the core of Jupiter is solid which is surrounded by metallic hydrogen. 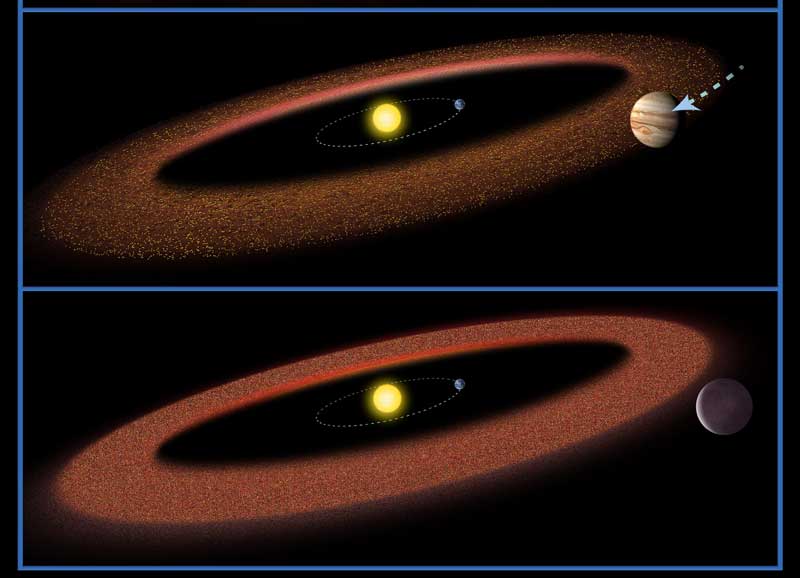 Jupiter is 2.5 times heavier than all the planets combined together and is the 2nd massive object after the Sun. Due to the large mass, Jupiter has a stronger gravitational field which many scientists believe has assisted in shaping the solar system. An article was published in Science Magazine which described that Jupiter along with two other gas giants, Saturn and Neptune, has played a role in hurling space debris and protected inner planets. Jupiter is still playing a role in keeping some asteroids away from inner planets. It is because Jupiter has a strong influence on many asteroids called Trojan asteroids that were wandering in the solar system.

Jupiter is one of many space objects which inspired many scientists to study it further. Before modern technology, Jupiter was only studied by large ground-based telescopes. But after the advent of powerful rockets and advancements in technology, some spacecraft were primarily sent to study Jupiter. Whereas, many spacecrafts only studied Jupiter in a flyby whose primary missions were different.

Among these missions, Juno is the latest spacecraft that is powered by solar energy to study Jupiter. Juno successfully entered in the orbit of Jupiter on July 5, 2016. It entered in an orbit around the poles of Jupiter to study the composition, magnetosphere, gravitational field, and formation of Jupiter.