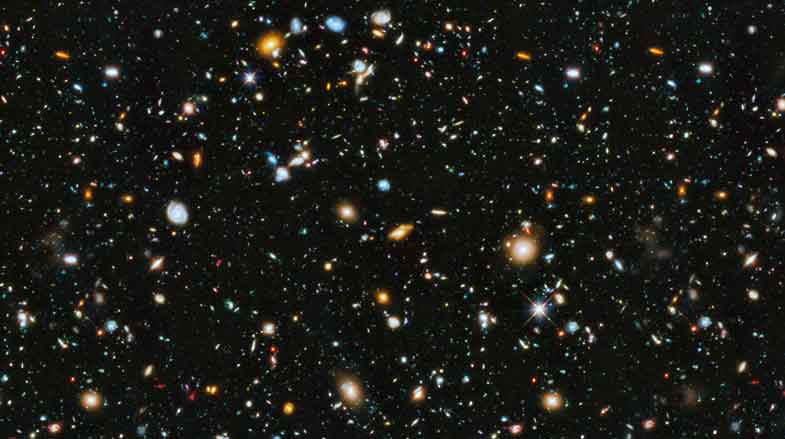 Formation of Galaxies – How They Began? 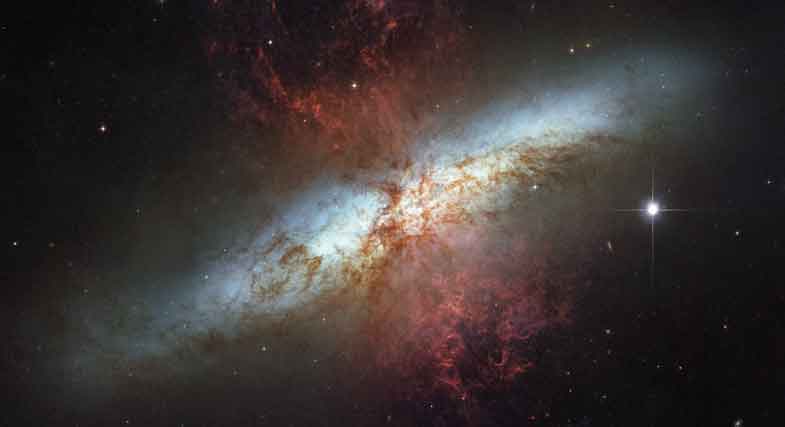 Computer simulation of galaxy formation suggests that most of the matter that constitutes the galaxy is actually dark matter – about 5 times more than the ordinary matter in most of the galaxies. Further, the simulation model also suggests that the big galaxies in the universe are surrounded by smaller ones. But those smaller galaxies have not been spotted yet. 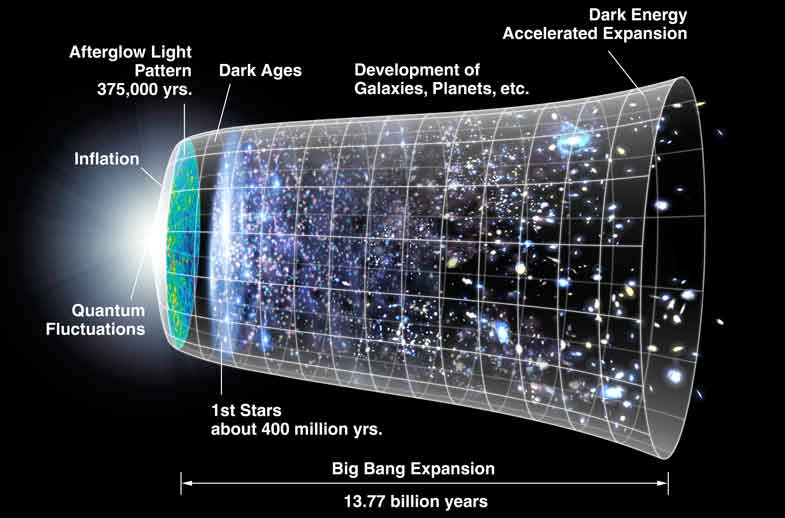 Currently, the most widely accepted theory about the formation of our universe is the big bang theory. This suggests that the universe expanded from an infinitesimally small point which had very high density and temperature. But, how big bang actually occurred? Or what caused it? The simple answer to these questions is that we don’t know. It is not possible to go back in time with simulations and observe what happened exactly. Because time itself came into being after the big bang.

There are some views from the scientists which suggests that maybe the big bang was caused by a preceding big crunch – collapsing of the universe. If that is the case then what caused the previous or first big bang? That is a big question mark that still needs to be solved.

Death of the Universe – How Our Universe is Going to End?

Death of the universe can be considered as opposite of the big bang if big crunch theory is the case. Big crunch theory suggests that the expansion of the universe will someday seize and it will reverse – causing the universe to collapse until the cosmic scale factor reaches to zero. But there is a problem with this theory, many visible observations don’t confirm the big crunch. Because our universe is not just expanding but it is expanding at an accelerating rate without any sign of slowing down.

Another theory about the end of universe – not death – is known as big rip. This theory suggests that it is possible that our universe is not going die from a big crunch, but it will continue to expand forever – as far as time is concerned. The result of the continual expansion of the universe will be that the galaxies, stars, planets will go far from each other but expansion will not stop and eventually, all elementary particles will become unstable. In the long run, the matter itself will cease to exist, and space itself may be torn apart. This theory sounds logical as the expansion of the universe is accelerating due to mysterious dark energy.

Why the Universe is formed the Way It is?

One question that seems impossible to answer after the big bang is why the universe is formed the way it is? There are four fundamental forces of the nature that governs the behavior of fundamental particles, these forces are the gravitational force, electromagnetic force, strong, and weak force. These are forces came into being after big bang with certain values. If somehow slightest change in any of these forces occurs, the whole of the universe will be different!

It has been found from the simulation performed by a supercomputer that, the values of the fundamental forces are just right because if there was a slight increase in gravitational force, our universe would have been a failed universe filled with black holes. On the other hand, if the gravitational force was slightly less, than the formation of galaxies was not possible.

The values of fundamental forces are just right which resulted in our universe that supports galaxies, stars systems, planets, life, and many other mysterious objects and phenomena. There is a hypothesis which describes that maybe our universe is not alone there may be other universes born from many big bangs and each of these universes may have different values of the fundamental forces of nature. This hypothesis is untested because scientists are unable to find other universes – may be due to insufficient technological developments.

Inflation is the theory of the exponential expansion of the universe just after the big bang in a tiny fraction of a second. The expansion was very rapid – even faster than the speed of light!

This theory is supported by many cosmologists as a solution to why the universe is homogenous is very remote parts. There is no strong direct evidence of the inflation to occur. Recently in 2018, scientists have launched a LISA – Laser Interferometer Space Antenna – to detect and measure the gravitational waves. The antenna will be able to measure very small distortions in space-time which will help to detect gravitational waves caused by inflation if it had occurred.

Life beyond the Earth 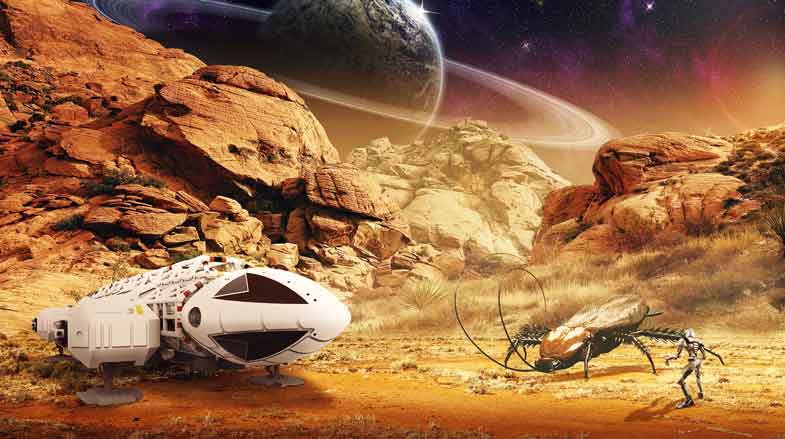 One of the most asked question in the field of science is that, Is there any living planet in our universe besides Earth? The simple answer is we don’t know yet. There may be life on other planets and also it may not be, because we haven’t discovered any clue yet.

There are around 100 billion observable galaxies in the observable part of the universe. Each galaxy is the home of more than 10 billion stars and many of these stars have several planets orbiting around them. It is very difficult to deny the possibility of life in this huge number of planets in our universe.

Life may also exist in our own solar system other than the Earth. Our solar system has 8 planets – excluding Pluto – and many of the locations on our solar system looks to be hospitable enough to support a form of life. For example, recently in 2018 scientists have found many direct evidences that there are underground liquid water lakes on Mars. The water is a key component for every living creature here on the Earth. So there is the possibility of microbial life in these lakes. The other places in our solar system where the possibility of life exists is Europa – a moon of Jupiter – because some organic compounds have been found there.

What is the Dark Matter and Dark Energy?

What are the building blocks of our universe? It is still unknown because the matter that we see around and in the galaxies is the ordinary matter which only constitutes a small percentage of the universe. The majority content of the universe is still unknown. These unknown contents are known as dark matter and dark energy.

Dark matter is unlike our ordinary matter; it doesn’t interact with light, so we are unable to learn about them. The only evidence that the dark matter exists is from its gravitational influence. The observations of scientists suggest that there is 30 times more dark matter than the ordinary matter that we can see with the telescopes.

Why Matter is more than Antimatter? 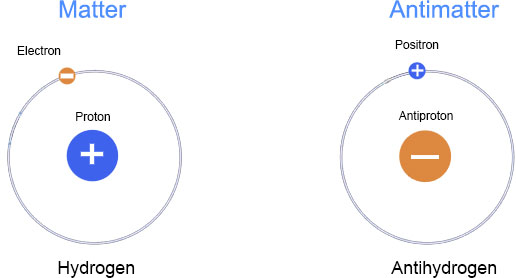 The things that we see around are composed of atoms in such a way that protons and neutrons are in the center and electrons are revolving them, we call them “matter”. But there is another kind of matter that is opposite of the matter, called antimatter. Antimatter has positively charged electrons – called positrons – revolving around the center which contains anti-neutron and anti-protons – opposite of neutron and proton.

When matter and antimatter come in contact with each other, they both annihilate – wipe-out – themselves and are converted into energy. But when we look at the universe we haven’t found any galaxy or object made of antimatter. The scientists give a reason to this fact and say, maybe most of the annihilation have occurred in the newborn universe and somehow we are left with the matter. But this explanation does not decline the idea that there is no antimatter left. Maybe it is still present but we haven’t discovered it yet.

How did Life Emerge on the Earth? 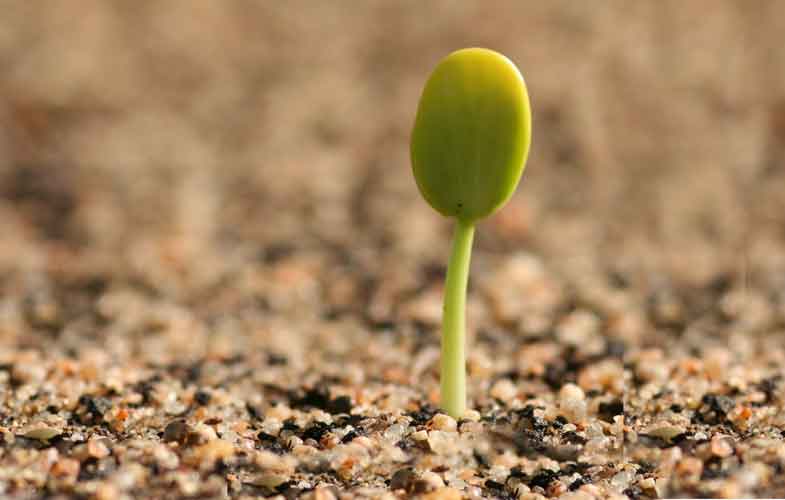 Does life exist somewhere else other than the Earth? It is not clear yet. But how life itself began on the Earth is an even bigger mystery! One explanation to the beginning of the life on our Earth is that when the Earth became hospitable some geological processes or meteor from space caused the formation of complex organic molecules and then somehow the journey began towards mighty animals. But this explanation is not clear itself.

How does Gravity Works? 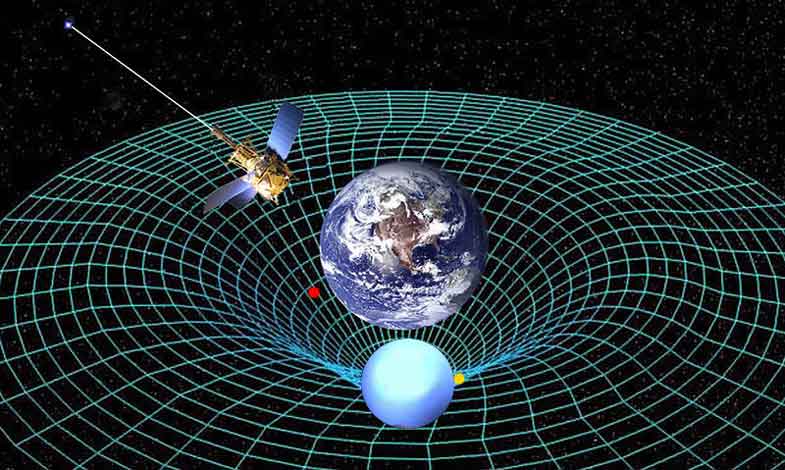 Since the explanation of the Isaac Newton about the gravity and gravitational law, we all know that it is due to gravity that we are attracted to the Earth, Moon revolves around the Earth, and planets are in their orbit. These are the effects of gravity that we observe, but do we really know what it is and how it works?

Law of gravitation describes that gravitational force is due to mass; without mass, there is no gravity. Recently, scientists have successfully detected gravitational waves, and it is believed that this discovery will open new information gateway. Maybe a further study on gravitational waves will be to describe the gravity.

There are many questions related to gravity that needs to be answered, some of which are: Why gravity exists with matter? Is gravity a particle called graviton? Why gravity is so different as compared to other fundamental forces of the nature?